The ABC members session took place September 19th, 2015 in Baku, the splendid Azerbaijan capital. The session of HRI markets players has been the first one since the ban on the US beef imports into the country was lifted. It bears reminding that the ban on the US beef imports was imposed in December 2014 due to the HPAI (Highly Pathogenic Avian Influenza) outbreak in few States of America.

Orkhan Mukhtarov, the brend chef at the new Boulevard Hotel Absheron Autograph Collection, that is located on the Caspian Sea coast at the Baku downtown, performed to the audience’s attention the US beef, alternative cuts such as Top Blade, Cullottes,  Short Ribs and Briskets. The given muscles were hardly ever used in the Azerbaijan restaurants yielding up to the expensive Ribeye (including Tomahawks steaks or Ribeye with long bone), Striploin, Short Loin , and Tenderloin. The restaurateurs agreed on all hands that situation cries out for interesting profitable  beef cuts and muscles. it wouldn't be inappropriate to remind that restaurants of the country “weathered the storm” due to the Azerbaijan Manat devaluation and weak oil and gas prices having as a consequence an erosion of purchasing power and slowdown in expenditure on eating out.

The ABC members were able and willing in sharing best practices on the various world cuisines meals cooking. 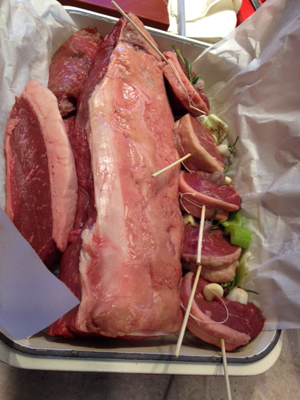 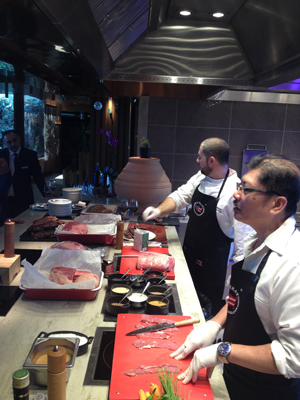