The Texas Beef Festival starts at the MeatMe restaurant in Tashkent on August 27. 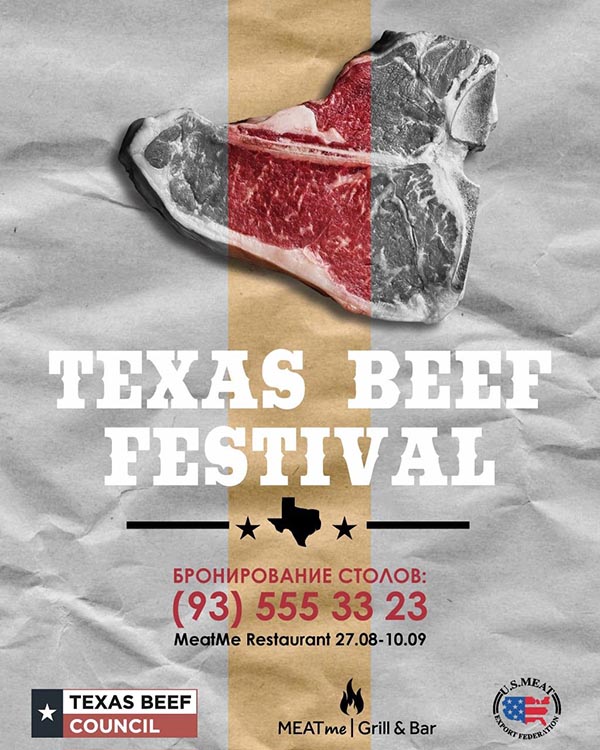 Alexander Lavrenchuk, brand chef of the restaurant as well as the Courtyard by Marriott Tashkent hotel, prepared a special Festival menu, which, in addition to classic premium steaks, will include:

Churos with caramel sauce will complement the restaurant's dessert menu.

Chief Alexander worked in various restaurants and hotels in Ukraine, Kazakhstan, Russia. In particular, he became the first brand chief of the Radisson Blu Resort hotel in Bukovel.

The opening of the Texas Beef Festival will be held on August 27 at the restaurant MeatMe, Tashkent, Kichik Beshagach 126.

The Festival itself will last through September 10.